May 13, 1991. Soviet Greco-Roman wrestler Alexander Karelin is a rare combination of massive physique and imposing intellect. I can win a wrestling competition with a decent enough score, but because I am not typical, I must win in atypical ways.' For wrestlers, the world. I was scared—intense fear. I don't like flying. 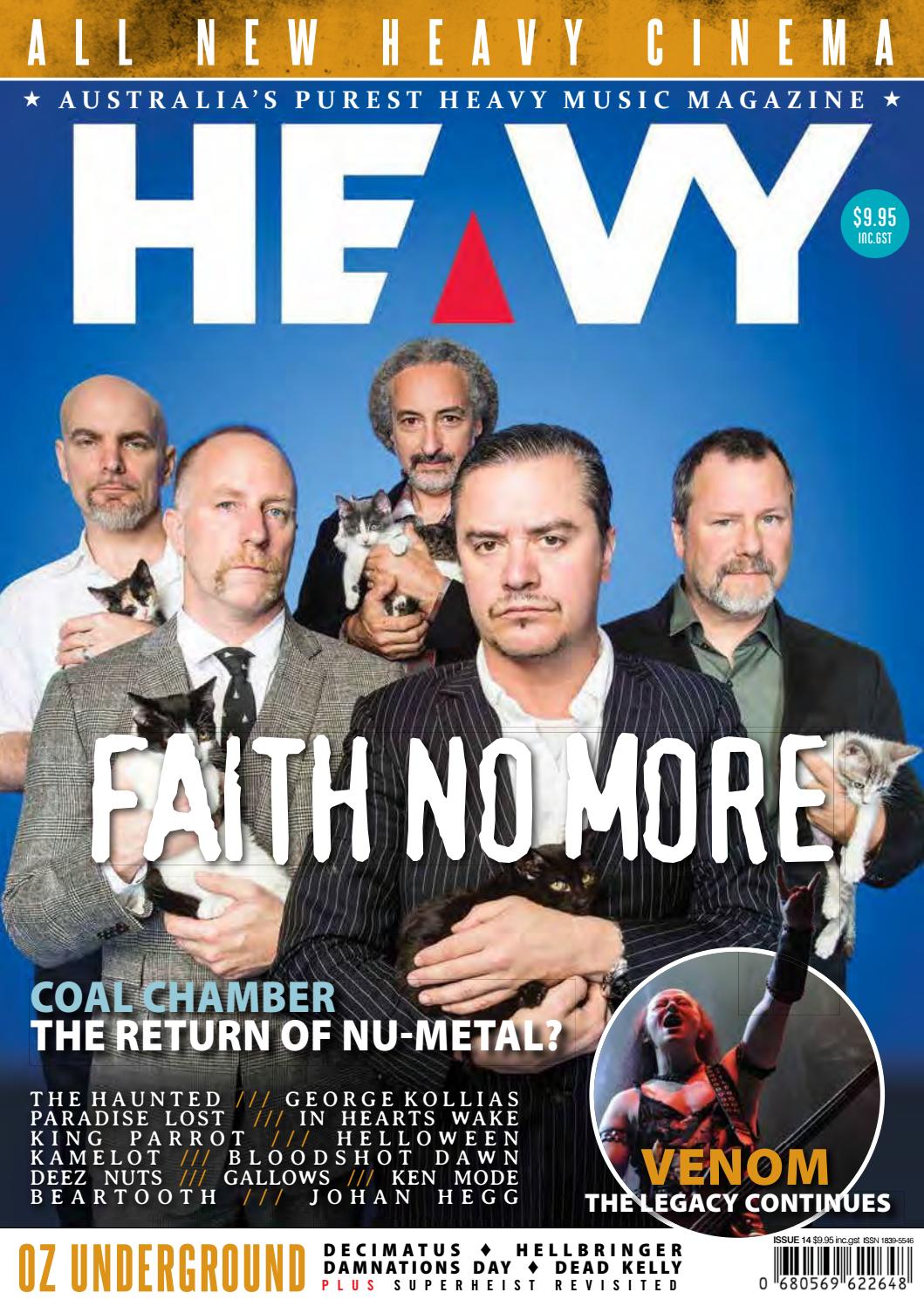 Composition and Recording Bruce Springsteen's autobiographical song ROSALITA (COME OUT TONIGHT) was inspired by his relationship with Diane Lozito, his girlfriend between summer 1971 and early 1975. See below section for more details. According to, the song was written in late 1972. In an interview for Mojo magazine published in January 1999, Springsteen told Mark Hagen that he wrote ROSALITA (COME OUT TONIGHT) as a live showstopper, and it was probably the best song he ever wrote for that particular job.

In his 1998 book Songs, Springsteen wrote: 'Rosalita' was my musical autobiography. It was my 'getting out of town' preview for Born To Run, with more humor.

I wrote it as a kiss-off to everybody who counted you out, put you down, or decided you weren't good enough. The lyrics also took a peek into the future – 'Someday we'll look back on this and it will all seem funny.' Not that it would BE funny, but that it would all SEEM funny. Probably one of the most useful lines I've ever written.' The recording officially released on The Wild, The Innocent, & The E Street Shuffle was cut during the second phase of the album's recording sessions. The band line-up on this track is Bruce Springsteen, Clarence Clemons, Danny Federici, Vini Lopez, David Sancious, and Garry Tallent. The track, as well as the whole album, was recorded at Sound Studios in Blauvelt, NY and produced by Mike Appel and Jimmy Cretecos.

Diane Lozito Diane Lozito, a fresh high school graduate, met Bruce Springsteen in summer 1971 at a show on the Jersey Shore. Her boyfriend, a law student named Bill, took her to the club; he knew the guitar player, Springsteen. He told her he plays live van Morrison and Bob Dylan, two musicians she adored. As Peter Knobler wrote in Crawdaddy magazine, Lozito apparently made an impression on the 21-year-old Springsteen. They became friends and she kept running into him throughout the summer. 'Billy and his friends were major party boys,' Lozito recalled. 'But Bruce didn't drink or get high.

One night at the beach, when Billy and the others were drinking, Bruce and I tucked around a rock and started kissing. Then I said, 'It's time to go' – because I was so scared of getting busted by Billy. That was a nice night.

Light coming off the ocean, nothing like it.' Springsteen carried a notebook and was always jotting things down. 'The next day he showed me the line 'She kissed me just right/Like only a lonely angel can.' As Knobler wrote, soon Billy was out of the picture, Lozito and Springsteen talked about moving in together, and she took him to meet her mother. 'Bruce charmed her to death,' Lozito told Knobler.

'Did she say we could move in?' Springsteen asked. 'Well, no,' Lozito replied. 'Because my father was a musician, and you're a musician.' Her parents' divorce hadn't gone well. Lozito watched as Springsteen wrote in his book: 'I know your mama, she don't like me 'cause I play in a rock and roll band.'

'OK, your dad,' Springsteen said, 'he's a musician. He's gotta love me. But Lozito's father told her, 'All musicians are bums.' Springsteen and Lozito moved in together a year later over her parents' objections and he wrote the classics that turned up on his first three albums, along with performance legends that weren't released for years.

'I'd ask, 'Why isn't my name in those songs?' 'He'd tell me, 'It's boring having a whole album about the same girl. And nothing rhymes with Diane.' ' Eventually Springsteen met the rest of Lozito's family, including her grandmother, Rose Lozito. In that part of Jersey, it's pronounced Lazita. 'He wrote 'Rosalita' in bits and pieces and didn't have a title for it,' she says.

'My mom is Rita Lozito. Then he met my grandma. So I assume that's where he put it together.' In early 1975, when Springsteen was finishing Born To Run, she packed up and left. She told him, 'I'm sorry, I'm so tired of being introduced as 'Bruce's girlfriend.'

' Years later, she visited Springsteen at his hotel after a concert. He saw her and opened his arms. Pdf Zentangle Patterns Steps. As they embraced, Lozito whispered, 'That man behind me is my husband.'

'Bruce went 'Eeewww!' ' she says with a laugh. There were more hugs and kisses from band members she hadn't seen in years. One of the new musicians – 'new to me,' Lozito says – asked, 'Why are you guys hugging her?

Then someone – she can't remember who – informed him. 'You know who that is?

That's Rosalita!' Diane Lozito is the real 'Sandy' in, she's 'Rosalita' in ROSALITA (COME OUT TONIGHT), she's the girl in, she's the 'Crazy Janey' in, and she's the 'Terry' in. Diane says that is also about her. When she left him, he went to ask her mother where she were – he sent her no more letters, but talked to her through his songs. 'When he was with me he wrote all the time,' she said, and his songs were about girls and relationships, but when they separated it was no more about women because he lived alone. He started writing 'car songs, and fictional songs,' as she put it. The Wild, The Innocent & The E Street Shuffle The Wild, The Innocent & The E Street Shuffle is Bruce Springsteen's second studio album.

It was recorded between mid-May 1973 and mid-September 1973 at 914 Sound Studios in Blauvelt, NY. Studio time was slotted in during various itinerary breaks in the Greetings From Asbury Park, N.J. Tour, but recording sessions dragged on much longer than originally anticipated and this eventually caused some gig rescheduling and cancellations during the period from July to September 1973. The album's recording sessions can be split into distinct phases: • The first phase of sessions took place on 15-22 May and 17-20 June, and featured the then-touring line-up of Bruce Springsteen, Clarence Clemons, Danny Federici, Garry Tallent, and Vini Lopez. Neither David Sancious nor any other musicians were involved in these initial sessions.

• The second phase of sessions took place on 26 June-02 July, 11-16 July, 04-12 August, and 10-25 September, and included all of the above-mentioned musicians, plus new E Street Band member David Sancious (who joined in on 22 June), as well as niche session contributions by Suki Lahav on vocals, Richard Blackwell on congas and percussion, and Albee Tellone on baritone sax. Most of the basic ensemble recording of The Wild, The Innocent & The E Street Shuffle emanates from the first phase of sessions, prior to the arrival of David Sancious to the sessions on 22 Jun 1973. Sancious verified in a late seventies interview with Thunder Road magazine that most of the session songs had already been recorded (as basic tracks) by the time he joined. He then overdubbed his parts onto these recordings. Is an exception, which was written after Sancious became a member of the band. The latter phase of the sessions involved embellishing additional 'frills' instrumentation, vocals, and experimenting with different mixes.

Liton Lvc9016g Manual Woodworkers. No audio evidence has yet emerged that any of the basic recordings of were re-recorded from scratch with Sancious. Indeed, one of the most noteworthy aspects to the audio evidence that has emerged from The Wild, The Innocent & The E Street Shuffle recording sessions is that there is not one genuine alternate take to be found – all song recording variations are merely alternate mixes of the same basic recording.

The album contains 12 previously released studio tracks and clocks at 53:08. • • • • • • • • • • • • On 01 Jun 2009, Columbia Records released a European edition of the compilation album with an alternative track listing to promote Bruce Springsteen & The E Street Band's European leg of the Working On A Dream Tour. The European edition was also released in Israel and Mexico, and in Australia in August 2009.

The album comes in a standard jewel case, but a limited digipack edition was also released in Europe. Greatest Hits (2009 European edition) contains 16 previously released studio tracks and 2 live bonus tracks taken from the Live/1975-85 box set. It clocks at 79:03. Collection: 1973-2012 Collection: 1973-2012 is a Bruce Springsteen compilation album released on Columbia Records in 2013.

It was released on 08 Mar 2013 in Australia and 15 Apr 2013 in Europe. The compilation was not released commercially in the United States. Instead, a promotional version was given out exclusively to $1,500 ticket holders at the 'MusiCares Person Of The Year' tribute event held in Los Angeles, CA, on 08 Feb 2013. The event honoured Springsteen for both his artistic achievements and philanthropic efforts. The compilation consists of 18 previously released studio tracks.

Live History: on-tour ROSALITA (COME OUT TONIGHT) is known to have been performed at least 4 times during what is considered the Greetings From Asbury Park, N.J. Tour (October 1972 to September 1973). Many of that period's setlists are incomplete or unknown, and therefore, the song must have been played on some more dates during the Greetings From Asbury Park, N.J. On this tour, the song was played in a full-band arrangement and featured early lyrics ('chiffon reins' and 'samurai tongue') that can be found on Springsteen's 1972 handwritten lyrics for ROSALITA (COME OUT TONIGHT). The first known version (see the ) featured The Beach Boys' in the midsection. No audio recording of the second known version is in circulation, but as reported in the reviews of the 24 Mar 1973 show in Lewiston, NY, the song also featured The Beach Boys'. No audio recording of the third known version is in circulation.

The fourth version (see the ) did not feature The Beach Boys' song. Following the 17 Mar 1973 show at Oliver's in Boston, MA, Springsteen was interviewed backstage and he mentioned incorporating new material into the shows and specifically mentions, APACHE, and ROSALITA (COME OUT TONIGHT). The setlist for the 17 Mar 1973 show in particular is unknown. • • 24 Mar 1973 at Niagara University, Lewiston, NY • 31 May 1973 at Richmond Coliseum, Richmond, VA • ROSALITA (COME OUT TONIGHT) is known to have been performed at least 62 times during what is considered The Wild, The Innocent, & The E Street Shuffle Tour (September 1973 to March 1975).

Some of that period's setlists are incomplete or unknown, and therefore, the song must have been played on some more dates during The Wild, The Innocent, & The E Street Shuffle Tour. On this tour, the song was played in a full-band arrangement, featuring band introductions and sometimes a snippet of Junior Walker & The All Stars' or Isaac Hayes' in the midsection.

The first 10 known versions, from December 1973 through February 1974, featured Vini Lopez on drums and David Sancious on keyboards, all included a snippet of in the midsection, and featured early lyrics ('chiffon reins' and 'samurai tongue') that can be found on Springsteen's 1972 handwritten lyrics for ROSALITA (COME OUT TONIGHT) (see the ). The next 24 known versions, from February through August 1974, featured Boom Carter on drums and David Sancious on keyboards, and some again featured an instrumental snippet of and/or early lyrics (see the ).

See the for more details. Live History: off-tour ROSALITA (COME OUT TONIGHT) was reportedly performed off-tour on 22 Jan 1977 at The Jail in Hillsdale, NJ, where Bruce Springsteen made a guest appearance with local band Pegasus, playing a two-song set.

The song was played in a full-band version. See the for more details.

ROSALITA (COME OUT TONIGHT) was performed off-tour on 29 Apr 2003 at Count Basie Theatre in Red Bank, NJ, during 'The Hope Concert' benefit. The song was played in a full-band arrangement, backed by the Max Weinberg 7, including horns, and featuring Jon Bon Jovi and Bobby Bandiera on shared lead vocals and guitar. See the for more details. The song was also practiced the previous day at Count Basie Theatre during the concert's rehearsals.

ROSALITA (COME OUT TONIGHT) was performed at 3 of these fundraisers, always at The Stone Pony in Asbury Park, NJ, and backed by Bobby Bandiera and his band plus Max Weinberg on drums.